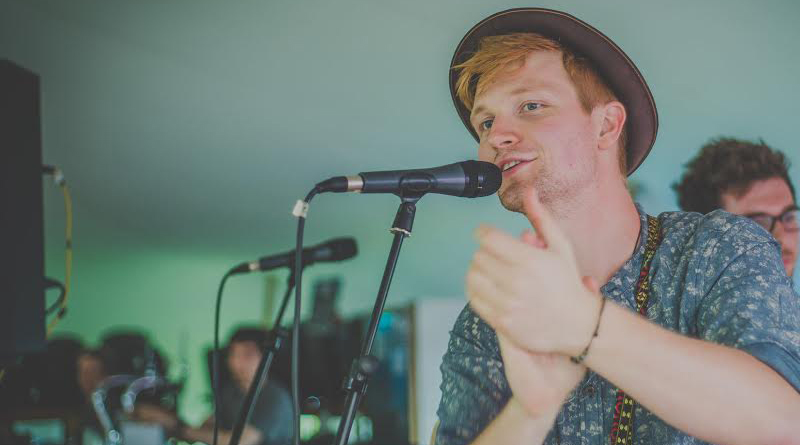 Folk-rock collective Ennor swap dreary London for sunny South West beaches in their catchy second single “World Keeps Spinning.” The band – originally from Devon, but based in the capital since 2015 – combine urgent guitar lines with a memorable chorus, that captures the boundless energy of a new band still carving out their own sound. Packed with infectious enthusiasm, and released whilst 2017 is still young, “World Keeps Spinning” is perfect to soundtrack the change from winter to spring.

“World Keeps Spinning” is taken from Ennor’s debut EP “Polaroids” which was released in late 2016. The 4-track EP is the band’s first foray into recording, and whilst lead singer Tom Elliott’s lyrics are often nostalgic, Ennor’s sound is a modern take on folk-rock performance. “Polaroids” echoes Fleetwood Mac and John Martyn, but is clearly tinged with the influence of bands like The Maccabees.

Despite their relative infancy, Ennor have become a frequent feature at well-known new music venues in London, playing successful gigs at The Troubadour, The Dublin Castle, The Half Moon and The Notting Hill Arts Centre. The band have clearly not forgotten their roots though, and the video for “World Keeps Spinning” follows them on a series of homecoming gigs in the South West, capturing enthralling performances against a familiar and picturesque backdrop.

If you like the sound of Ennor, you can purchase or stream “World Keeps Spinning” on online music stores via the “Polaroids” EP. See the promotional video – filmed by Oli Pestell below – from Ennor HQ at YouTube.

The band’s next gig will be at The Strongroom, Shoreditch on Saturday March 11, where they will be sharing the bill with Josh Collins and Waxchild.

A Selection Of Our Fave Past City Editions Of TAG : Tweets by TAG_London
We respect your privacy rights &; choices. To optimise your experience our website uses technical tools like cookies and other data tools & services, for example to protect and secure the website, to ensure we supply useful and good quality content and to gather site statistics. By using our site, you agree to our use of cookies.OkNoLearn more
Revoke Cookies